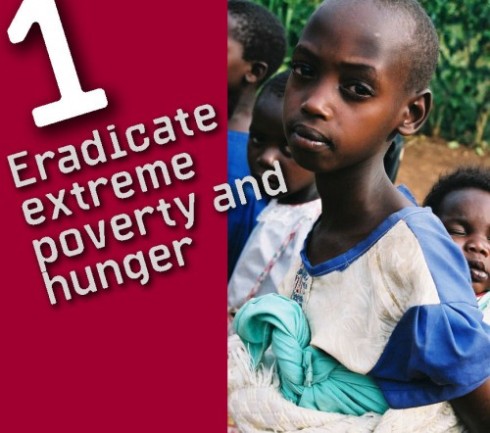 International organisations have effectively defined poverty to mean earning/living below a dollar per day. Although, this has drastically reduced in some Asia countries but Africa has not recorded significant success. It is good news that Ghana has already met the target.

According to World Bank, the number of Africans living below the poverty line is likely to increase by the target date without additional policy and effort.  Nevertheless, African poverty is gradually declining. This conclusion provides a basis for countries to stay the course in their policy choices and to scale up intervention to accelerate the rate of progress to meet the poverty target.

The output growth per person is used to monitor the rate of poverty. Labour productivity per person employed has been growing in the continent. For the year 2008, Malawi, the democratic republic of Congo, Rwanda, the Sudan, Congo, Uganda, Ethiopia, and Angola reported the highest labour productivity growth rates in Africa while Chad, Comoros, Eritrea, Togo, Kenya, Botswana, and Gabon there was a regression. For Liberia and the post conflict countries, there has been a clear recovery in the growth rate of labour. From the look of things, it seems the GDP per person employed grew more between 1992- 2008 in the Southern and East Africa compared to the other sub-regions.

Similarly, hunger is a symptom of extreme poverty. Many African countries have made progress towards meeting this target but the number of people suffering in Africa has actually increased. Based on its stable good governance and sound policies, Ghana and North Africa have already met the target of halving the proportion of people suffering from hunger thereby making a giant step into achieving the first goal of MDG. International assistance to Africa for meeting this target has been positive.

With respect to the percentage of people undernourished according to the WFP/FAO, West Africa seems to be the sub-region closest to the target followed by Central Africa.

This is a summary of the 2010 MDG Report on Africa, written by Ayodele Doyinsola