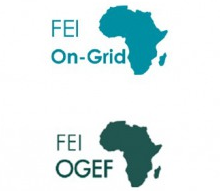 The African Development Bank (AfDB), the European Commission, KfW, the Clean Technology Fund, Norfund, and other investors have committed nearly $160 million to the first close of the Facility for Energy Inclusion (FEI).

FEI is a targeted $400 million fund to improve energy access across Africa through small-scale renewable energy and mini-grid projects.

Spearheaded by the AfDB, FEI serves as a financing platform to catalyze financial support for innovative energy access solutions.

The bank, as the Facility’s anchor sponsor, has put up $90 million in financing. That sum includes $20 million that the Bank is providing in its capacity as the implementing agency of the Clean Technology Fund.

“After three years of hard work, we are pleased to see the second and larger piece of our energy access debt funding platform – FEI – up and running on the back of very significant commitments from our partners. We look forward to seeing FEI catalyse financing for new energy sector business models and accelerate our efforts to electrify Africa,” said Wale Shonibare, the bank’s Vice-President of power, energy, climate & green growth.

FEI will also include a $10 million Project Preparation Facility from the Global Environment Facility that will provide reimbursable grants for transaction advisory to facilitate financial close.

“Norfund is pleased to participate in this new facility which makes debt financing available to smaller-scale renewable power projects in Africa. We anticipate that the facility will be successful in attracting private capital to this segment of the market”, said Mark Davis, Executive Vice President, Clean Energy at Norfund.

“With our investment in this flagship fund, KfW on behalf of the German Government emphasises its commitment to work with other development finance institutions to improve access to clean energy in Africa. Our junior equity investment aims at mobilising public equity and private debt investors to scale up the financial means available for innovative renewable energy projects like new mini-grids to electrify Africa” said Babette Stein von Kamienski, Head of Division Infrastructure, Southern Africa at KfW.

Other eligibility criteria include the requirement to use renewable energy technology, to have capital expenditure of less than $30 million and generation capacity below 25MW.

“As Fund Manager, we are excited that the limited partners have given us a flexible mandate to provide tailored financing solutions to this exciting industry which has the potential to make green growth a reality in Africa. By focusing on smaller renewable energy producers, FEI will contribute to the electrification of Africa, in particular in more remote and traditionally neglected parts of the continent,” said Clemens Calice, Co-CEO of LHGP Asset Management, the Fund Manager of FEI.